A Link between Autism and Omega-3 Fatty Acids 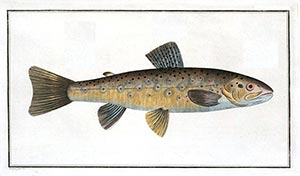 Researchers in human nutrition at the University of Alabama College of Human Environmental Sciences and Knagnung-Wonju National University in Korea have recently collaborated on a study examining nutrition/diet related differences in normally developing boys and those with autism. The researchers looked at the Omega-3 versus Omega-6 fatty acid levels as well as levels of high density lipoprotein (HDL) versus low density lipoproteins (LDL). Omega-3s have been shown to be important in protecting the brains neurons, reducing inflammation and reducing obesity. HDL, also known as the good cholesterol, is important in taking cholesterol from the blood vessels and transporting them to the liver where the cholesterol is broken down. Without HDL, the cholesterol builds up in the arteries causing plaquing which causes cardiovascular disease and heart attacks. It is generally accepted that the higher the ratios of Omega-3/Omega-6 and HDL/LDL the better. There is also a relationship between the levels of Omega-3s and HDL – other studies have shown that supplementing the diet with fish omega-3s increased the levels of HDL by 8%.

Interestingly, the researchers found that the children with autism had lower levels of both Omega-3s and HDL even though their diets were comparable. This would suggest that the children with autism have some kind of impaired mechanism when it comes to fatty acid metabolism. The researchers have yet to determine if increasing blood levels of Omega-3s or HDL will reduce the symptoms of autism. Then there is the chicken or the egg argument – did autism cause the lipid metabolism disorder or did the disorder cause the autism. Either way it adds one more piece to the puzzle with regard to solving the mystery of autism. Fatty, cold water fish such as salmon, mackerel and tuna are great sources of Omega-3s in the diet. If you are not a fan of fish, don’t despair – Omega-3s can be found in flax seeds, tofu, beans and nuts.